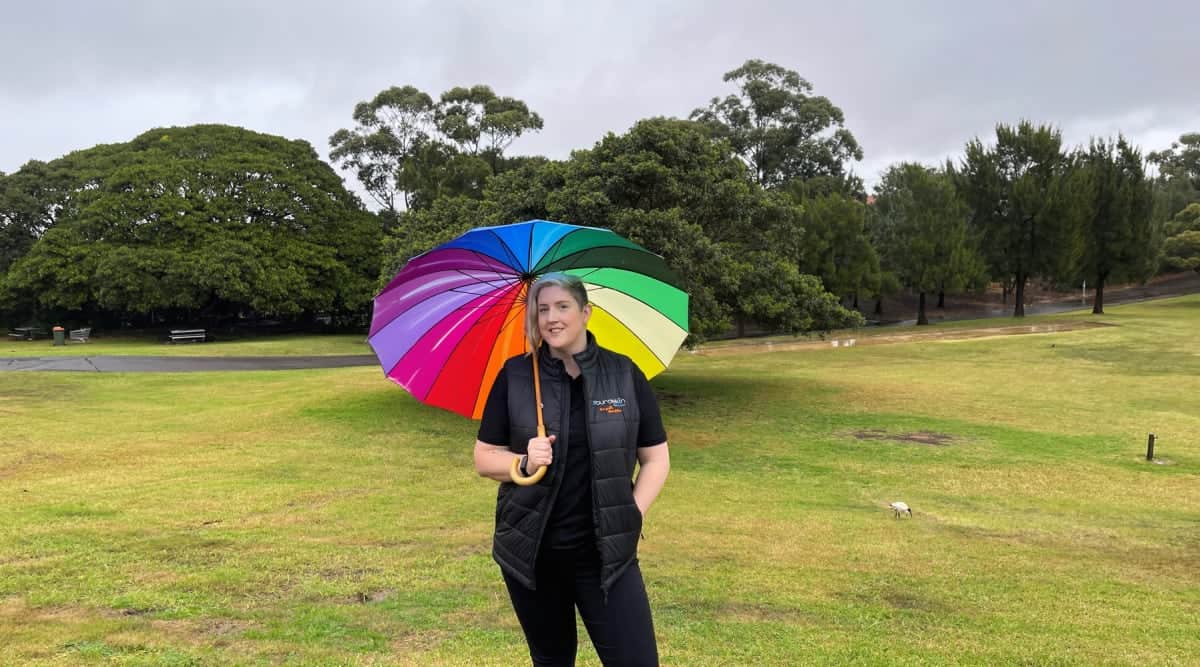 Burdekin’s own Jacqui Gildaly is one of three finalists for Hurstville in this year’s Westfields Local Hero awards. Jacqui is a passionate Program Manager for young people in out-of-home care.

Caring Jacqui Gildaly digs deep to keep life regular and happy for children in out-of-home care. In her role with The Burdekin Association, she is always willing to go the extra mile to find carers nearby children’s original community so they don’t need to change schools and can see their friends.

Westfield Local Heroes are nominated and voted for by their communities. The finalist with the most community votes will become the Westfield Hurstville Local Hero for 2022, receiving a $20,000 grant for the organisation they represent. If Jacqui is successful, The Burdekin Association will put the grant towards its Uplift Fund, which pays for a therapist for the children, tutoring and needed items such as school laptops.

It only takes a minute to recognise and give back to someone in your community who is doing amazing work. Vote for your Westfield Local Hero today. Visit Jacqui’s profile on the Westfields Local Hero’s page – Jacqui Gildaly, Hurstville.

Westfield Local Heroes is a recognition and awards program that shines the spotlight on individuals in Australia and New Zealand who make a positive impact to their local community or environment.

With the QLD Government recent announcement of their commitment to funding the needs of vulnerable young people in care up to age 21, the CREATE Foundation is now urging the NSW Government to follow suit. Amplify the Voice of Care Leavers NSW – it’s time to make it 21.

NSW young people currently are the only cohort of young people in Australia without adequate support to 21, other states and territories now have lifted the age from 18 to 21 already. This means that children and young people in care begin their preparation for leaving at just 15.

Findings from a 2009 survey conducted by the CREATE foundation on care leavers demonstrated that:

The Home Stretch is a national campaign, formed to seek change to the current leaving care arrangements for young people in state care.

New research shows the NSW Government will more than triple their return on investment for every dollar spent on keeping young people in care until they are 21, saving NSW taxpayers $222 million over the next 10 years.

The Telethon Kids Institute’s Developmental Pathways and Social Policy team was commissioned by the Department of Communities to investigate outcomes for children who had experienced out-of-home care, up until 23 years of age. The team found young people who had been in care were a highly vulnerable and disadvantaged group, at high risk of negative outcomes such as mental health disorders, justice involvement, and incomplete education. Source.

CREATE Foundation urges the Perrottet Government to listen to, and try to understand the issues that young care leavers face, and support young people till they reach the age of 21, regardless of if they are in foster, kinship or residential care.

What can you do?

Using the hashtag #itsyourturnNSW #makeit21, share and post about the campaign and help young people transitioning from care to adulthood have their voices heard.

More details about the campaign can be found here along with marketing resources and their Advocacy Promo Kit.

We think young people deserve better and we think that NSW can do better.

Through the generous support of our amazing community across Sydney we managed to raise $51,870… just slightly off our $60,000 target with another $8,230 to go! We are incredibly grateful for each and every person who supported our ‘Educational Inclusion Pays Off’ EoFY campaign.

Young people who come into our care are a highly vulnerable and disadvantaged group, at high risk of negative outcomes such as mental health disorders, involvement in the juvenile justice system and incomplete education. 69% of the children and young people who come to us are unable to participate effectively in learning provided through the education department due to their personal situation.

Your support has enabled us to provide a positive and safe learning environment that caters to the individual’s needs, abilities and preferences, whilst achieving academic outcomes. Please take a look at what outcomes young people are achieving with your help.

Thank you to Community Bank Freshwater and their Chairman Trevor Sargeant (below) who presented CEO Justene Gordon with a cheque for $5000 which will go towards funding for an Education Specialist. Also thanks to our Patron, Prof. Brian Burdekin who matched your donations dollar for dollar up to $10,000!

If you’re reading this and you didn’t have ways or means to donate before the end of June – there is still time! All donations no matter how big or small will help us to finally reach our target!

Winner of Donate to Win

We are beyond thrilled with the completion of Haven House in Balgowlah and want to thank everyone who has been involved from the bottom of our hearts.

Back in April, we wrote about the start of this project – a collaboration by The Property Industry Foundation (PIF), SMLXL Projects and Bridge Housing in support of our Youth Housing Program.

In a little over two months a huge transformation has taken place and the house is now ready.

Those involved in the project, came together on 9th June to celebrate the opening of Haven House and their collective efforts and goodwill.

You can follow the entire project about a house that sat empty and derelict for five years being transformed into a beautiful home over on the Property Industry Foundation’s website.

We are deeply touched by our community and what they have done.

The house has a room dedicated to Cameron Brae, Founder David Hazlett called DC Hazlett Room. We want to thank his family and Co-CEO Tim Gavan for their attendance at the workerbee event in his honour.

Other teams involved in the workerbee were Urbis and Scope Projects.

I always believe that we are ‘blessed to be a blessing’, so to be able to give back something even in a small and simple way to make someone happy is important to me,” says Urbis volunteer Donna. “It’s so wonderful to see the all the work ‘done and dusted’ at the end of the day.”

Coco Republic supplied furniture and linen for the bedrooms plus lounge and dining furniture and decorations. Property Industry Foundations new national partners AVID also donated furniture and other items for the nursery, including a change table and cot.

Please follow the project over on the Property Industry Foundation’s website and hear from SMLXL Projects CEO, Lisa Mort about what it meant to be involved – Haven House Balgowlah. 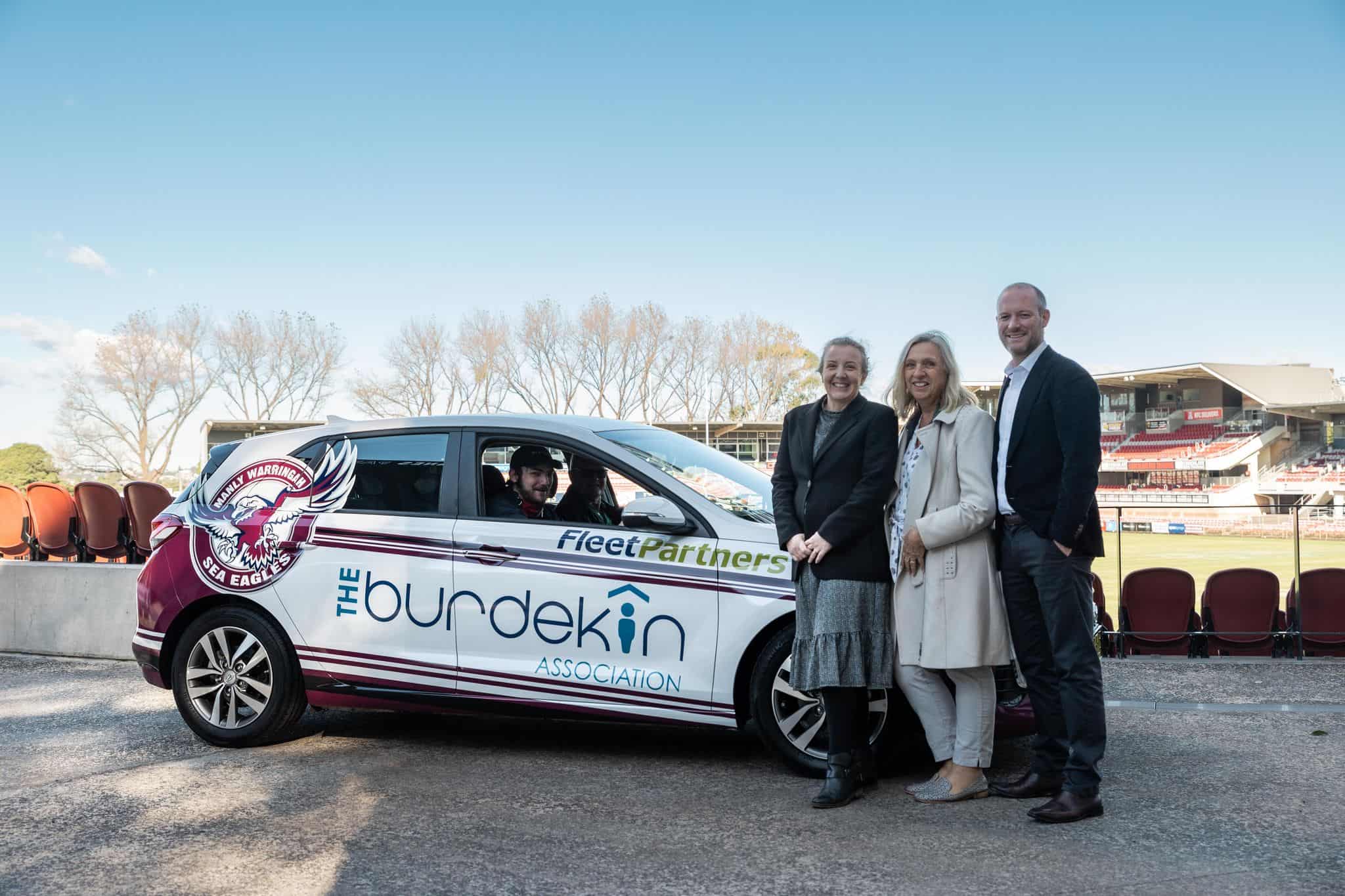 The road to independence just got a little easier for our young people thanks to an incredible helping hand from FleetPartners and The Manly Warringah Sea Eagles. The Burdekin Association will now have the ability to provide more young people across the Northern Beaches and Inner West of Sydney with essential learn-to-drive hours and support.

We are thrilled with the news that FleetPartners have generously provided a dedicated vehicle for Burdekin’s existing learn-to-drive program, which to date, has relied on staff and volunteers lending their own vehicles.

Learning to drive is an important rite of passage for any young person – it provides the freedom and independence in social situations, for appointments and employment.

Not only does the program provide essential driving hours and practice, important relationships are also developed between young people and volunteers, who become mentors, not just driving instructors.

“The road to independence is very challenging for young people in our out-of-home care and youth housing programs. This support from FleetPartners and the Sea Eagles allows us to provide more opportunities for young people to accumulate driving practice hours required to attain their licence and to progress on to employment,” said The Burdekin Association CEO, Justene Gordon.

“We’re proud community partners with the Sea Eagles and we thank the Club for their initiative in bringing FleetPartners together with our learn-to-drive program.”

An Eclipx Group business, FleetPartners is a strong contributor to the communities in which they operate. Providing a vehicle to The Burdekin Association learn-to-drive program is just one of many meaningful ways they contribute to the community.

“We are very proud to extend our support to The Burdekin Association. We recognise the important role a driver licence plays in providing independence, building confidence, improving employment prospects, and proving a pathway to financial stability for the young people participating in this program. This positive impact is why we’re so pleased to be involved,” said Eclipx Group (FleetPartners) CEO, Julian Russell.